I have uploaded a video to YouTube which gives an overview of this card as well as a slightly more detailed description of the ROM/RAM switch-over circuit:

This design supersedes the revision 1 design of the SBC, this revision is fully backwards compatible with software designed for revision 1, with the exception of any that require I/O port $00 for it’s operation. 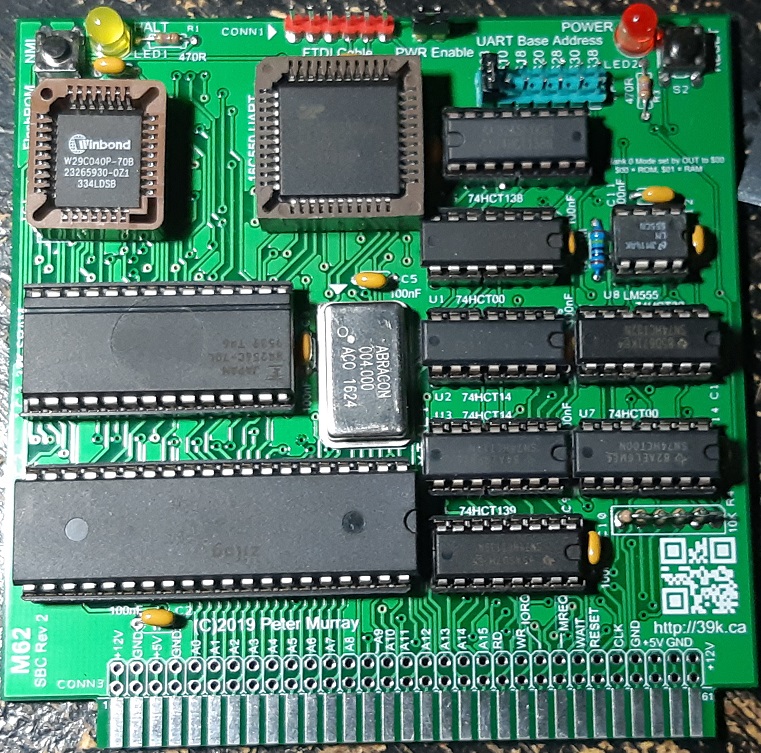 I have implemented this to work towards porting CP/M to the M62 system eventually. I also use this in the OS I am currently developing.

Switching between the ROM and RAM is done by writing to I/O port $00, writing $00 will select ROM mode, and $01 will select RAM mode. This circuit will automatically switch back to ROM mode when RESET is asserted, this ensures that the ROM is always available during a cold boot of the SBC.

This circuit can be downloaded here to be used with Logic Circuit if you wish to simulate it.

(Logic Circuit is a free logic simulation tool that I was introduced to at university, I use it to check all my logic before I implement them in my circuits)

Changes to be considered for the next revision: